Welcome to Woodward Township Volunteer Fire Company website. The company was founded on February 23rd 1948. Our primary coverage areas are Woodward and Anthony Townships in Lycoming County, PA. We provide fire, rescue and EMS services. We have a rapid intervention team that serves many local municipalities. We run one brush truck and a UTV to respond to brush and forest fires though out the area. Our primary piece of apparatus is Squad 2. This holds all our rescue and firefighting equipment. We have a full compliment of Hurst e-Draulic Rescue tools and rope rescue equipment on that truck. Tanker 2 has 3000 gallons of water, our main water source since we do not have any fire hydrants.

Our primary source of income is from running Bingo. The department is also supported by a fire tax in Woodward and Anthony Townships. We have numerous other types of fundraisers throughout the year to include tractor pulls and flea markets. We also rent our social hall out for special functions and auctions.

February 9, 1948 - 45 men met in Linden to discuss the possibility of starting a volunteer fire company in our Community.

February 23, 1948 - 65 men of the township met in the Linden school to form a Fireman’s Organization. The charter was formed this day and the first officers were elected. 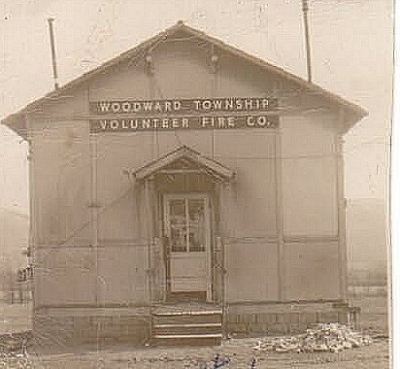 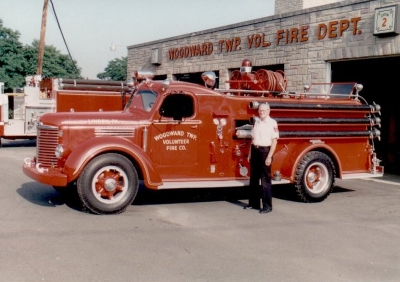 October 1950 - a new building was erected 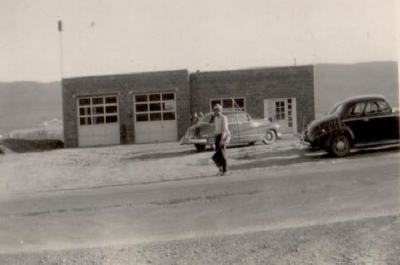 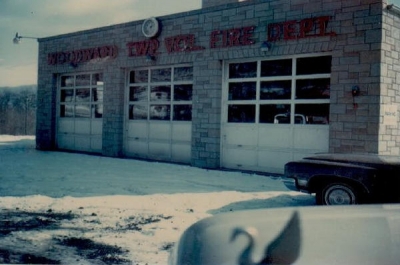 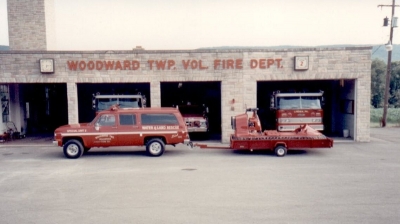 January 19, 1996 Hover 2 was destroyed during a rescue operation on Lycoming Creek. 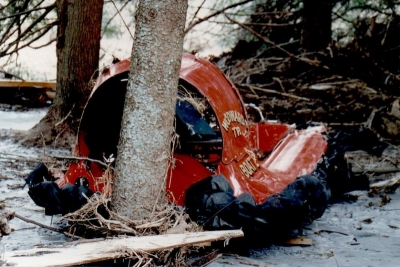 November, 1998 - The fire departments first website went online. The first URL was woodward.billtown.com, a few years later the domain name of woodwardfire.com was purchased. The first host was billtown.com, then the site spent several years hosted at bizland.com. In May of 2008 the site came into the age of web 2.0 moving to yourfirstdue.com as a host. 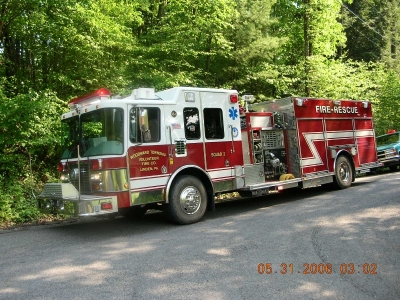 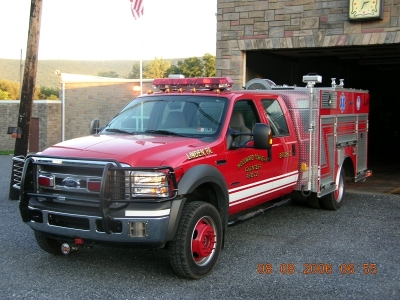 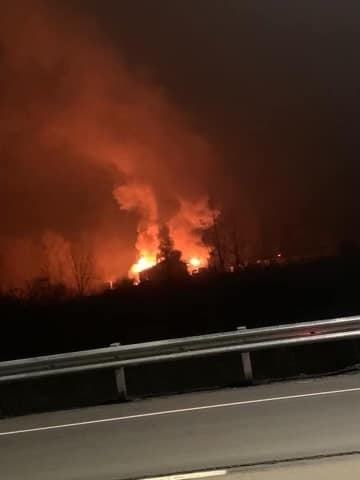 On Wednesday December 22, 2021 the Woodward Twp. VFC and other mutual aid companies were dispatched at 04:36 on working box 2-1 for an unknown type fire in the 7800 Blk of N Route 220. First arriving ...
more
Mifflin Twp Brush Fire Assist

Salladasburg, PA - Brush 2 and UTV 2 responded to assist Jersey Shore fire units on a brush fire along with several other stations. The fire was located in a field and woods away from the main road ne...
more
Brush Fire Assist in Watson Twp., Lycoming Co. 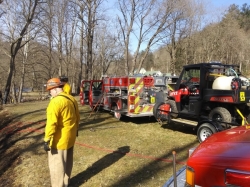 Brush 2 and UTV 2 assisted the Jersey Shore Fire Departments (Stations 3 & 45) in the 5400 Block of N Route 44, along Pine Creek for a brush and debris fire. Stations 28, 31, Clinton Co. 8 also as...
more
News headlines
Handgun Bingo
Come join us on March 10, 2018 starting at 4:00 pm for our first Handgun Bingo fund raiser. If interested please call 570-326-3273 and leave your information and someone will get back to you for pick ...
more
2015 Fund Drive
The residents and property owners of Woodward and Anthony Townships will be receiving this 2015 Fund Drive letter this week in the mail. We encourage your support in this fund drive to help us help y...
more
Asst. Chief Steve Reeser Benifit

This site has been viewed 345,337 times.
Calls
News
Events
Pictures
Apparatus
Maintained by the members and staff of Woodward Township Volunteer Fire Company. Designated trademarks and brands are the property of their respective owners. Copyright © 2006-2022. YourFirstDue Inc. All Rights Reserved. Content on this web site is supplied by Woodward Township Volunteer Fire Company. YourFirstDue Inc. cannot be held responsible or liable for any content, text, pictures, or any other media found on this web site.
Management login
Powered by